Roofs are one of the most important parts of a house. It has much importance in an aesthetic sense as it is meant to complete and complement the rest of the house. In more practical terms roofs have a much more important role. The role of protecting the people inside from the elements. Roofs have become symbols of protection. This is a role that has been played by roofs since the beginning of human history. As these roofs stand sentinel against the forces of mother nature we can stay inside without worry. However, these roofs are not invulnerable as slowly but surely the elements in nature break down these roofs. Most common result of this damage is water leaks which can open a world of problems on their own. So we have to be vigilant in our inspection to catch these problems and nip them in the proverbial bud. Finding problems early on can help you fix them most inexpensively and conveniently possible, this is not possible when the problem has grown at which point professional help is required. There is plenty of material present online that can help you learn how to fix small problems and keep up the maintenance of your house. If you want to get professional help to fix a problem in your home or you want a professional to inspect your house for any potential damage visit this site to book a session or get more information.

Water is among the most dangerous things to a roof. Water can get into the small cracks and crevices present on the surface of the roof. These can exist due to improper installation of the roof or due to the general surface of the material. Water gets in these small imperfections and starts to slowly make them bigger. As the volume of the crack increases more and more water gets in which means more water can get in. As the volume of water increases the speed of this process increases although this process is still very slow compared to other ones. In most cases this method of water damage only compliments other forms of water damage and reduces the overall integrity of the roof.

A faster and more dangerous version of the aforementioned problem exists but certain external factors must exist for it to work. This problem affects those areas which have temperatures that can vary both above and below the freezing temperature of the water. Water gets in the cracks and crevices present on the surface of the roof and starts to gather there. As the temperature starts to drop, eventually crossing the freezing point of water. The water freezes and ice is formed. A fact about ice is that whenever a certain volume of water freezes and turns into ice. The volume of ice is more than the volume of water it originally was. This means that the ice formed in a small crack or crevice in the roof forces the size of the crevice to increase. When the ice melts during the day the space occupied in the crevice falls thus making space for more water to enter and as such the cycle repeats itself with the amount of water and the size of the crevice growing each iteration. This process is much faster than the one mentioned above and can effectively halve the expected lifespan of a roof.

Another way in which water can damage a roof is by acting as a weight on the roof. This means that if your gutter is blocked it can spell disaster for your roof. This problem is more dangerous for old roofs rather than the new ones.

The 3 main benefits of using an inflatable kayak in Australia Varanasi and places you can see when visiting 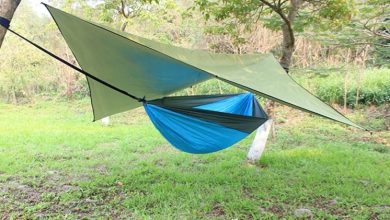 Why using a tarp is essential for events & festivals 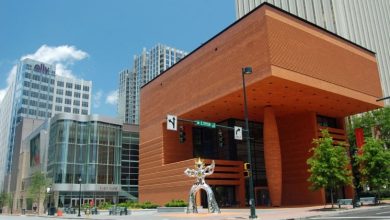